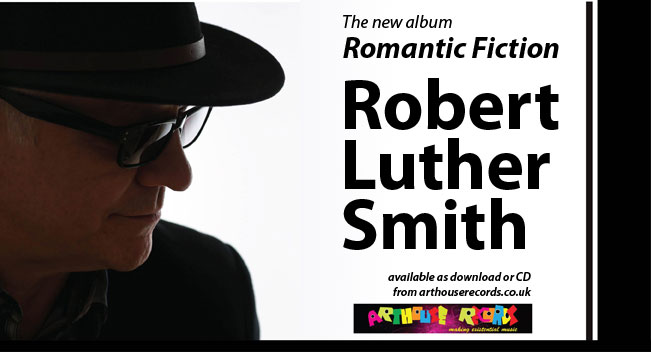 I was born in Ash, Surrey in 1955 but grew up in St.Albans, Hertfordshire, home of the famous Magna Carta, from 1957. So I was filled by the locals with lots of constitutional zeal and individualism in the sense of “thinking for yourself”.

As Robert Wheeler-Pemberton I come from a comfortably well-off family. I loved school and did well. My grandfather and his brother and the rest of the family had a factory which still stands in Tottenham. He was an electrical engineer and designer and inventor – as well as buyer – my uncle was the accountant. They came from a large, successful family of 22, by two wives. Steven Wheeler in Wallingford had married Miss Cooper in Wallingford and they sold up and started a chandler’s shop – boat suppliers – in Old Street, Hoxton, London in about 1844. They gave rise to two Wheeler brothers who were both tailors and John Cooper-Wheeler, father of 22, gave rise to my grandfather Arthur Wheeler who went to the Regent Street Poly, worked for Edison at Ediswann’s in Enfield and set up electrical power systems everywhere including the tailors’, joining the electricity to the new “sewing machines”.  So I grew up in an environment of innovation and cash-making! My grandfather was an enormous influence on me. He taught me how to set up production systems. He built the lighting for the first Heathrow Airport. He invented or designed the light-dimmer and designed the first starter motor for diesels on ocean-going vessels, circa 1915, when he was in his thirties.He died when I was 19. He was 95. My grandparents lived in Winchmore Hill, near Enfield, in London in my childhood and then moved to Canford Cliffs in Poole Dorset. I duly followed with my mother and went from there to London until I got my own place. I wanted my own production system. I wanted to make things. I decided on – amongst other things – R&B records. I wanted to write and produce R&B records.

Firstly Robert Luther Smith doesn’t exist. Luther was a creation by myself, Robert Pemberton to play the part of pop singer in a band in 1973 which went on to be successful both as The Hit Men and then Zen. Luther is a singer. I got called Luther because people thought it was my name by virtue of my family life at the time. It was partly because of the self-confident way with which I express my views but I found it useful: people know who Luther is easier than a Robert because people always say “Robert who?”. There was – and remains –  the usefulness of being called Luther: people know who you are immediately. However after 1982 another singer came along with a similar name which required greater distinguishing on the Net, so Robert Luther Smith was re-invented. I thought about Luther Smith and Robert Luther but settled on Robert Luther Smith, partly because it was long and so more noticeable.

I was brought up by my grandparents on classical music, mostly Beethoven and Mahler and the like, my mother liked Sing Something Simple and the Ray Sammes Singers which I though lacking depth, although I liked Gigi.

Then in 1960 I heard “Let’s twist again” on the radio and noticed the bass drum. My grandmother bought me the singles. She bought me all my records. I became interested in beat music. I liked the Beatles and then came Jimi Hendrix. Then came James Brown at No 1 in 1970, then came Steely Dan and Elliott Randall’s solo and Stevie Wonder’s set of early 1970s albums and I was off.

I started recording in the mid-sixties when I was 10 with my brother’s reel-to-reel (musique concrete, mais oui!!) and first recorded at Regent Sound in Denmark Street London, in early 1974 for Jim Flynn at Charisma.

Then I worked with Tony Arnold in his studio from 1975 (The Hit Men” album, including “Red Day”) and then moved on to Red Bus Studios in London in 1982 (Electricity, I’d Rather Be, Go!) and that was it. Steve Levine was working next door, I was touring with Hot Chocolate – which was a good choice by the promoter in retrospect – and I was in the middle of the UK pop scene. Spandau Ballet and Culture Club were all the rage. I was there.

Then the real work started: staying up there. I worked in several studios, including Room with a View, Misty, and several in London that I can’t remember.

In any event I recorded “Theory of Rhythm” in 1990 which included “Portland”, one of my best musical allusions and “Filling you up”, which is fabulous. If you got two good tracks on an album, you’re doing o.k.

I was never particularly interested in pop fame and I came to see it as a poisoned chalice: I can only admire the strength and fortitude of those can survive that corrosive lime-light.

My only interest is making good R&B records and I think I’ve achieved that. The rest is marketing.

Now I have extremely helpful people that work all the computers. I’ve always been into electronic music and I’m proud of the fact I’ve made sequenced music sound real. Art has many facets, after all. Using computers is much less stressful and energy-consuming than gigging and touring and I have to accept my physical limits.

In 1998 I used tape for the last time (Funkygroovy, Pop Art) and went entirely over to digital, learning it myself first in my home studio (Fly White Guy album (2003), Art Pop (2009)) and then finally finding someone to work the tech, to wit production engineer and producer David Thomas and so “Romantic Fiction” (2015). I’ve never been more pleased with the outcome of an LP than Romantic Fiction and I look forward to the next, provisionally called “Pop Fiction”.

On Romantic Fiction I wanted to go back to scoring the music and thus found Kieran Marshall M.A. Who brough me up to speed on scoring and then left me well behind on Sibelius, the scoring computer programme which allowed us to copy, paste and edit to our hearts content and create the arrangements, with the benefit of being able to convert the Sibelius program to MIDI and then put it into the computer recording software with Dave Thomas and go from there.

Still Romantic Fiction took two years and I had to work with people to do it who are both musicians but with computer skills. This is the future for me at least, although I still want to use musicians on recordings where I can.

That’s my life so far and there’s way to go….